This column is part of the Series of the Year 2020 election and concerns the best crime series. Starting Monday, January 4th, till February 1st, you can vote for your most popular series in this and many other categories.
Crime series always seem to do well. For those of you who go through the list of nominations, it will be noticeable that there are quite a few series that haven't just started. Once they've started getting awards, and have had multiple seasons, it is a certainty that the creators manage to sustain a certain level of quality and thus end up in a lot of 'lists of winners'. Honestly, it's not even a requirement to improve upon the previous seasons. As long as the quality is decent, it is rather to easy to ensure a viewer remains interested.

However, the amount of series is so great that it is difficult to choose the right ten nominees every year. Fortunately, the readers can partly determine which series they would nominate so that we can still provide a nice diverse list, even with my own input. Once the writer has compiled all the provided information and input, it may not come as a surprise that the writer hasn't actually seen all of the series. As the reader, try and keep that in mind whilst going over the list down below. 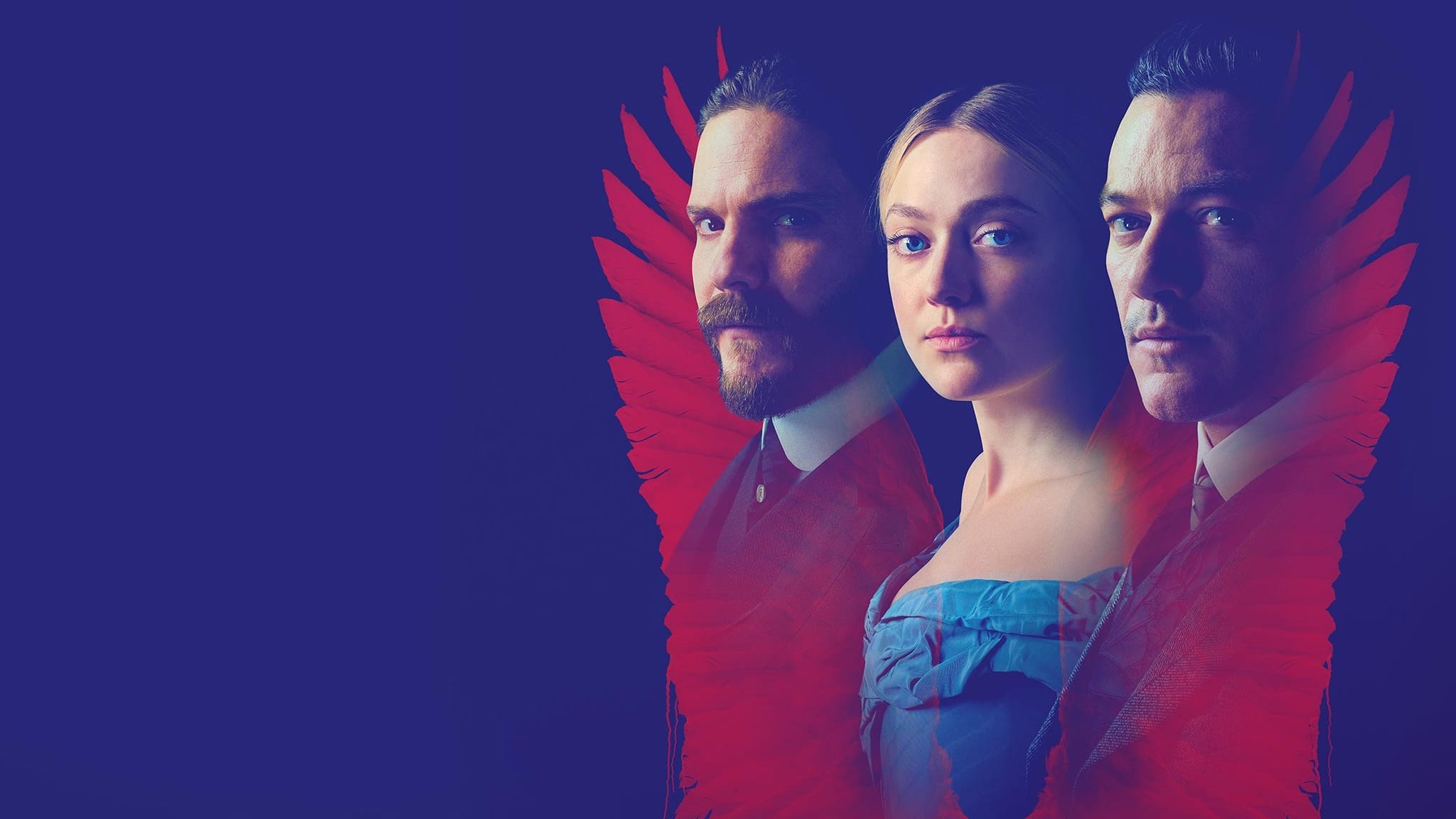 In the second season of The Alienist, the detective agency of Sara Howard is confronted with a baby murderer. With the help of her employees and Laszlo and John, she tries to find the killer. Beautiful costume drama that takes place in the late nineteenth century, which also includes deepening individual relationships between lead characters next to the detective portion.
Here, you can read the reviews that were written about The Alientist. 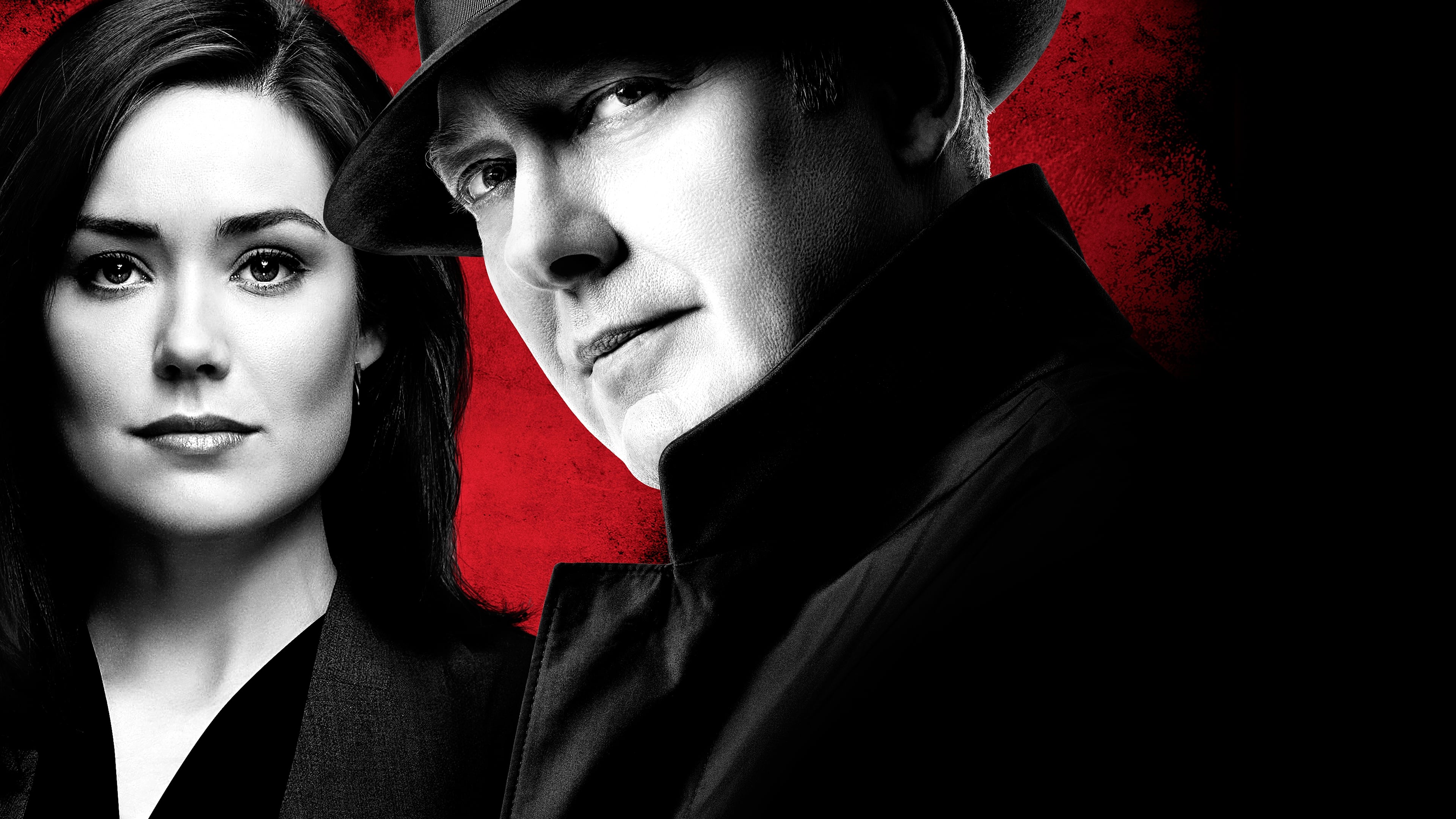 Raymond Reddington never seems to stop catching new criminals. Series that have a similar premise, often seem to be quite repetitive after a couple of seasons. The Blacklist is, however, kept alive thanks to the actor who portrays Reddington, James Spader. He has managed to make the story his own from the very first episode.
Here, you can read the reviews that were written about The Blacklist. 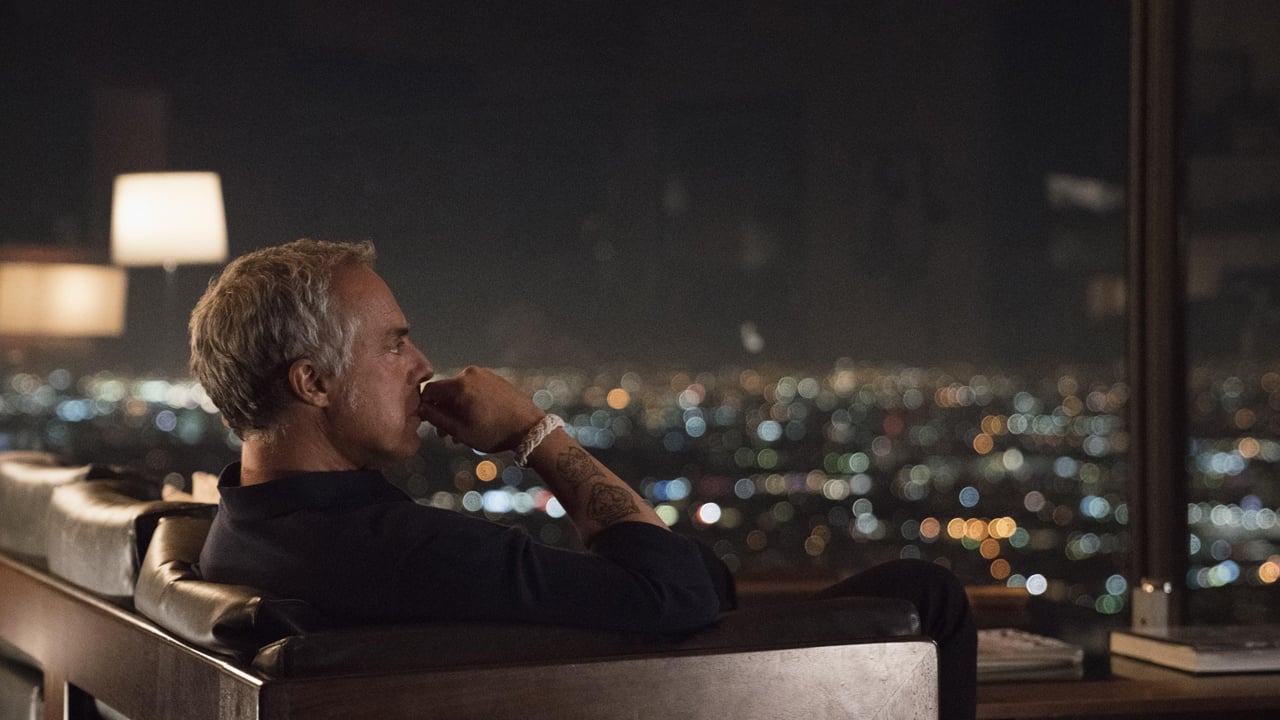 The LAPD outsider, detective Harry Bosch, has reached its sixth season. If you manage to make this list, then it means you've left quite an impression on your viewers. In the case of Bosch, that is well deserved. 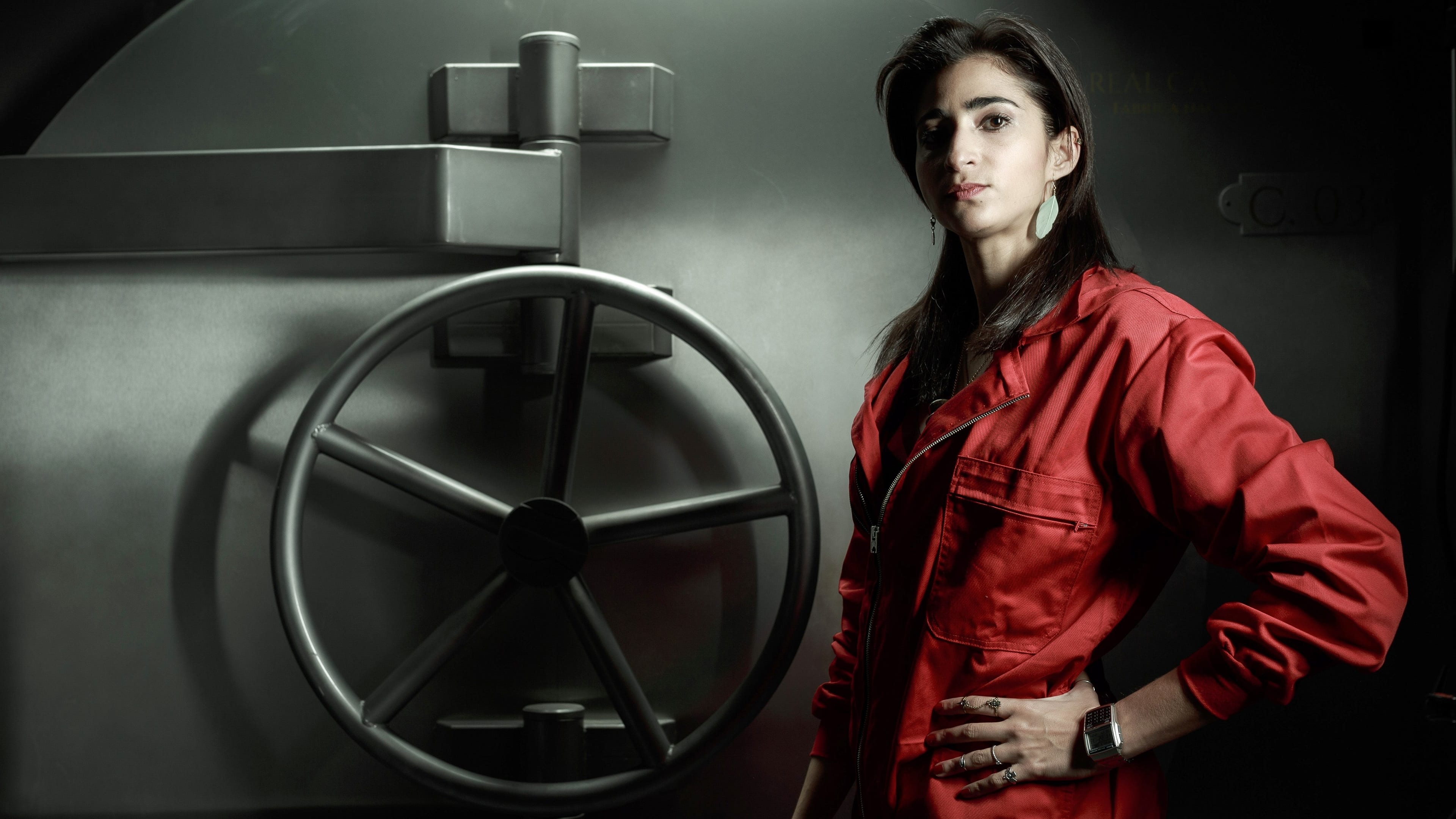 The Spanish series La Casa de Papel manages to be great every season and has become of the best Netflix series. This year, they are faced with competition in the form of other non-English series, which finally means that it's not just the English series reigning supreme in this category. 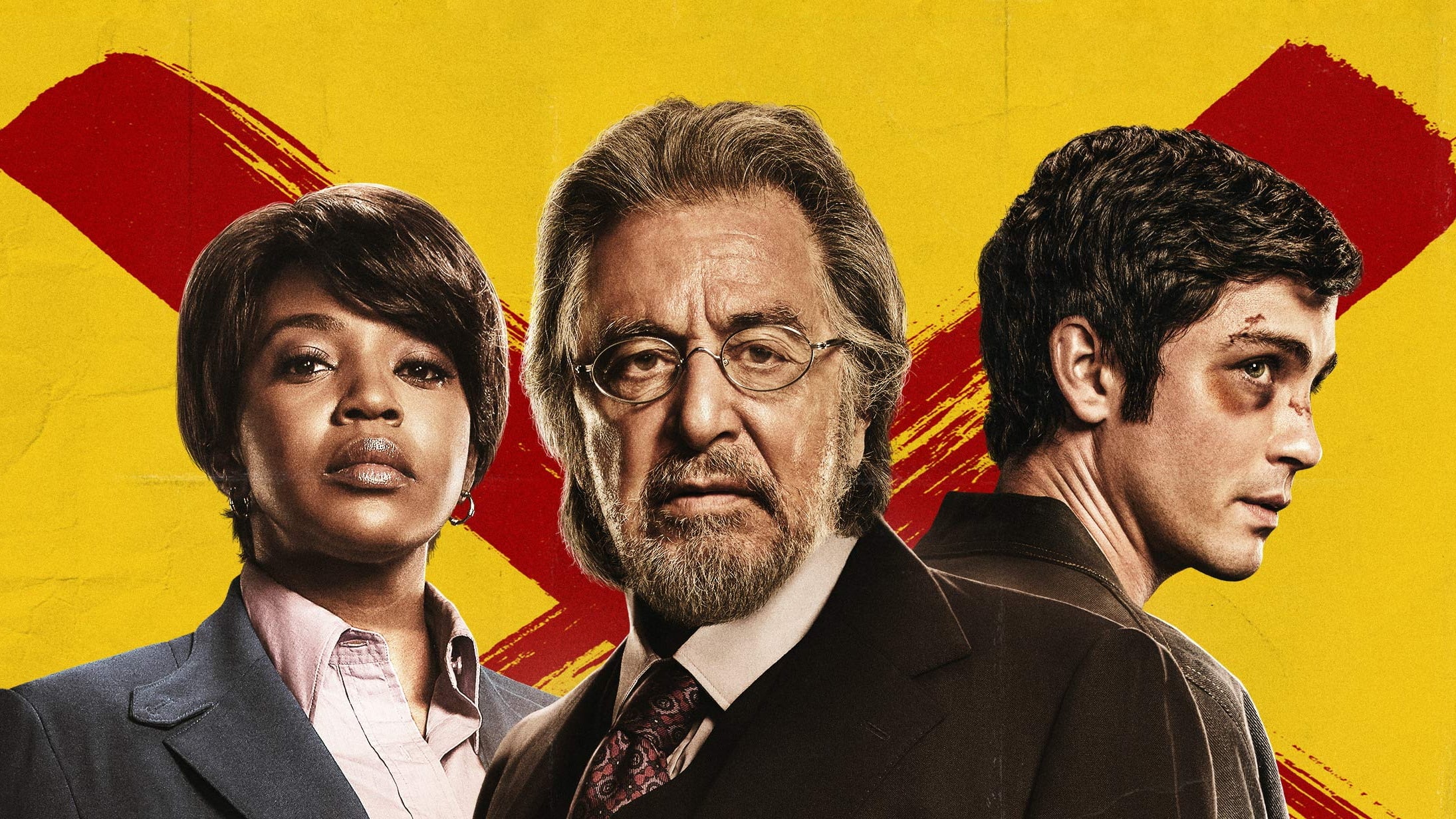 Hunters (2020) revolves around a group of nazi hunters in New York in 1977. They discover that hundreds of nazis have gone to the US to build a 'Fourth Reich'. The participants of 'the hunt' want to end that. The idea alone was interesting to me. When the creators revealed that they've managed to cast Al Pacino, then the possibility of winning awards is near. That Hunters ended up in this list, proves to me that the idea and the cast were interesting for a lot of people. 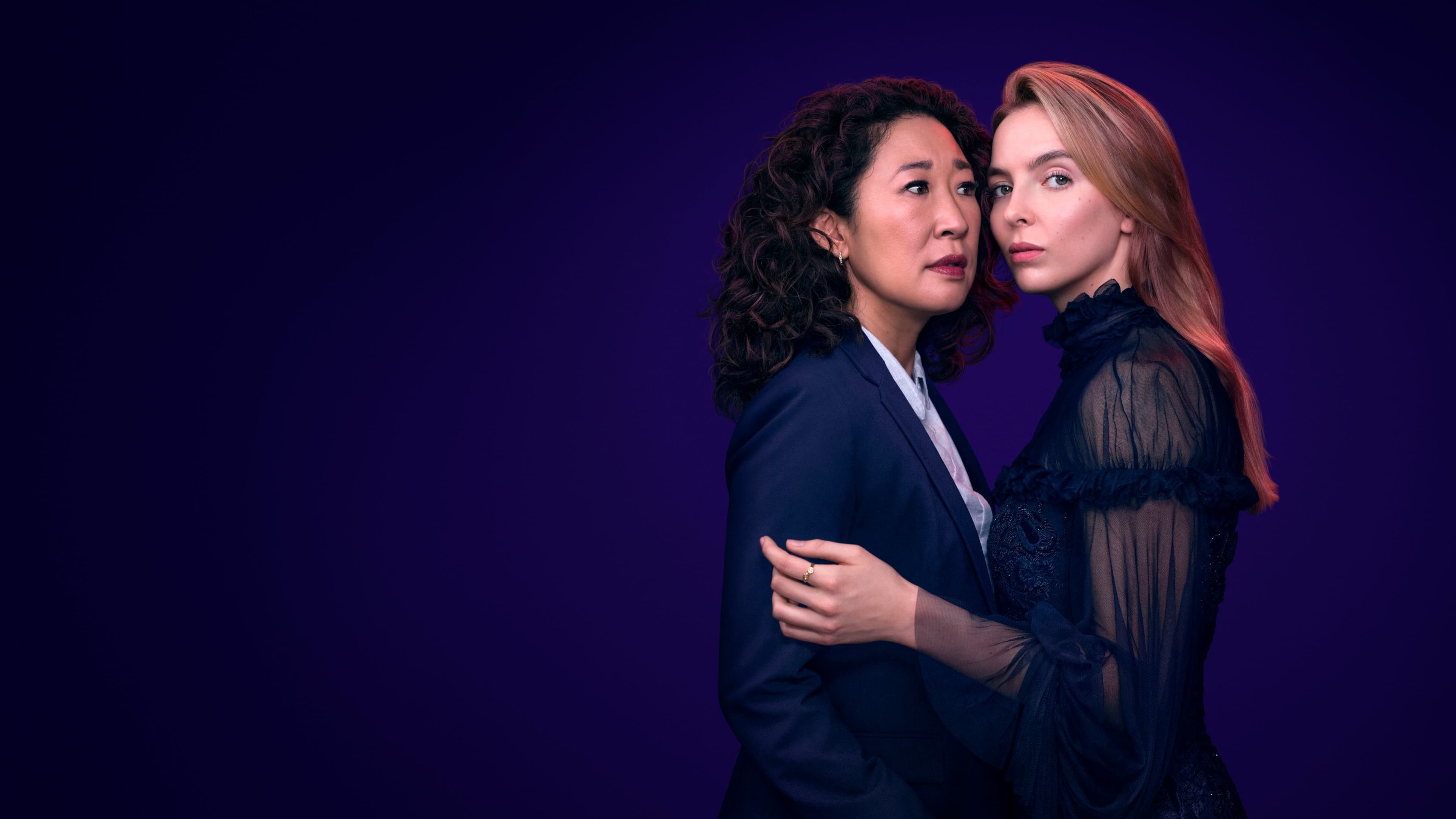 The confrontation between the two most important ladies in Killing Eve seems to be milked even further. It's still a great series, but during the season you get the feeling as if the creators found it difficult to achieve the same level of quality as in the first two seasons. Somehow, they sort of managed to reach that. For the fourth season, the writers will really have to think about the story before they let these two loose on us once more. Killing Eve is the kind of series that manages to become nominated based on the quality it once had. 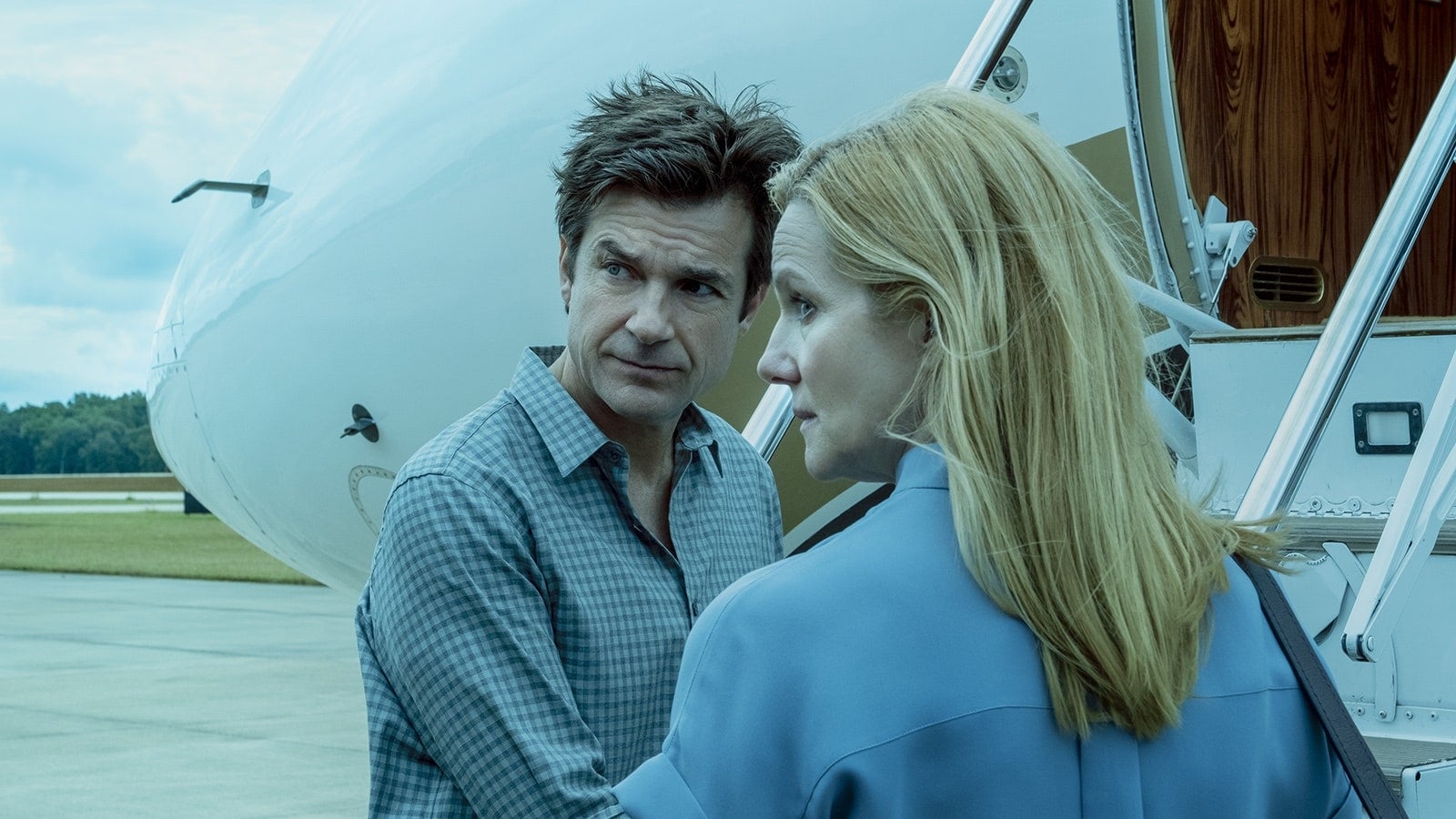 The Byrdes family adventures keeps viewers interested even in its third season. Unfortunately, I've got no clue as to how the family story developed over these past three seasons. A lot of people consider it to be a great series in the genre, especially if I look at how many times this series is mentioned in this category. I'm curious to find out of this series will reach a high spot. 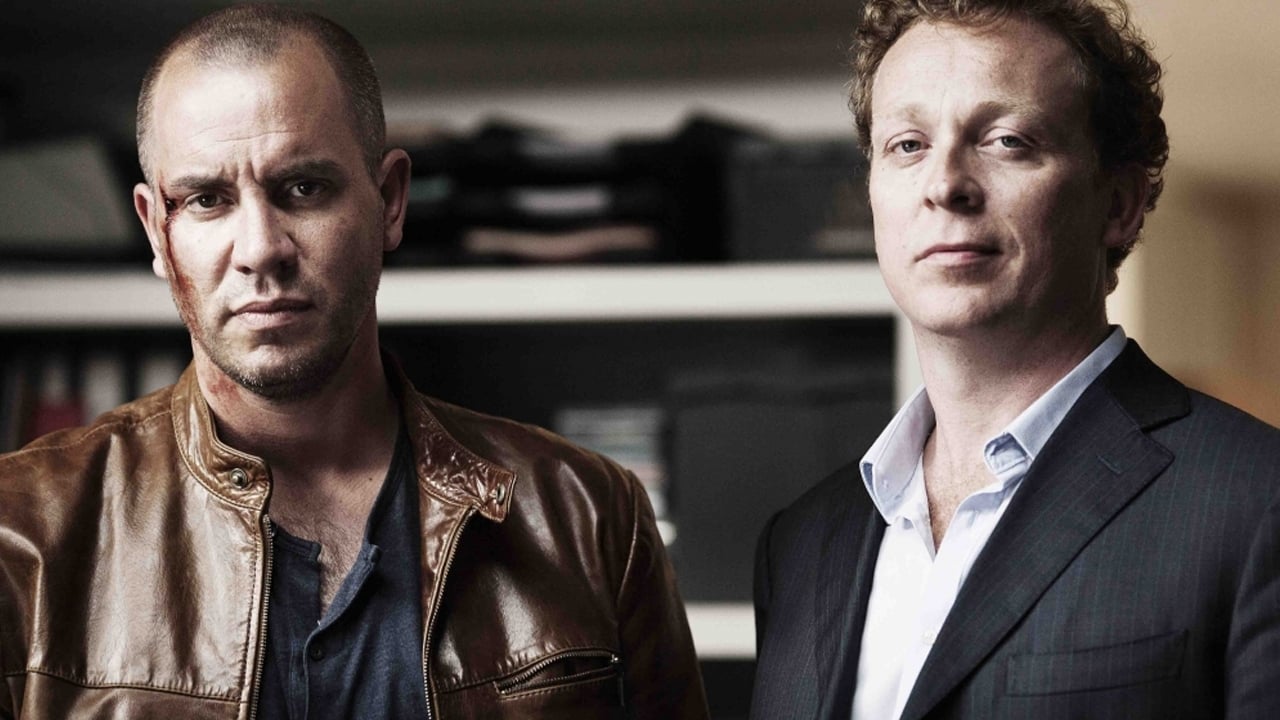 Theo Kamp and his partner Willem Niessen were able to do their jobs one last time in the three-part final season of Smeris (Dutch word for 'cop'). A worthy goodbye for the two cops who have managed to become an important part in Dutch television history. Without a doubt, this is one of the best Dutch series we have seen in the last couple of years. The combination of action and humour between the two lead characters ensure that Smeris is always a series to look forward to. 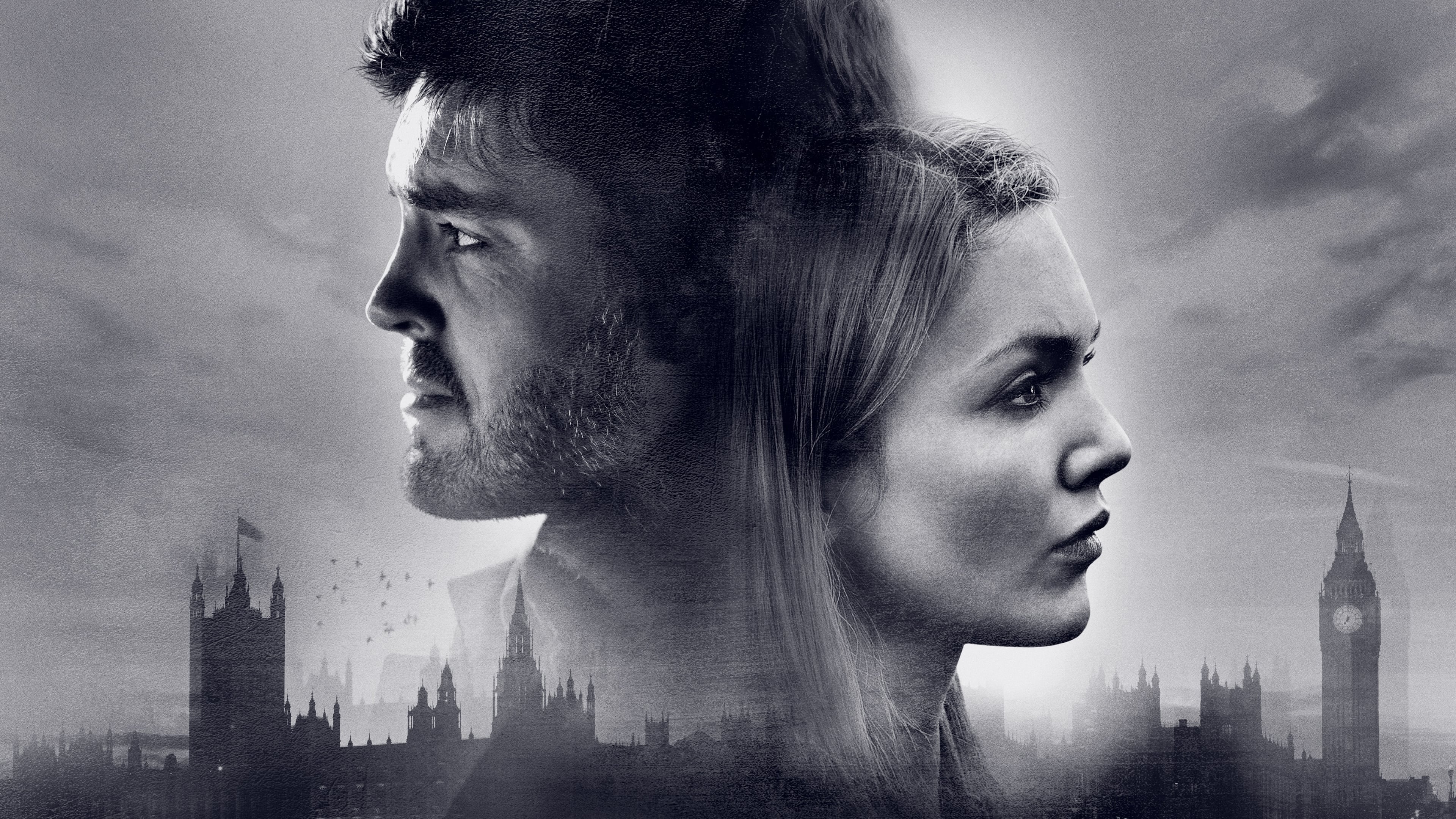 Strike is the detective series that was created by Robert Galbraith, the alter ego of Harry Potter writer J.K. Rowlings. Those who know the books of Galbraith, also know that the stories about Strike and his sidekick Robin have become even better over the years. I had that very same feeling when I saw the first three books adapted for the small screen. Because of all that, I am certain that the writers and actors who were part of 'The White Death' have exceeded themselves. 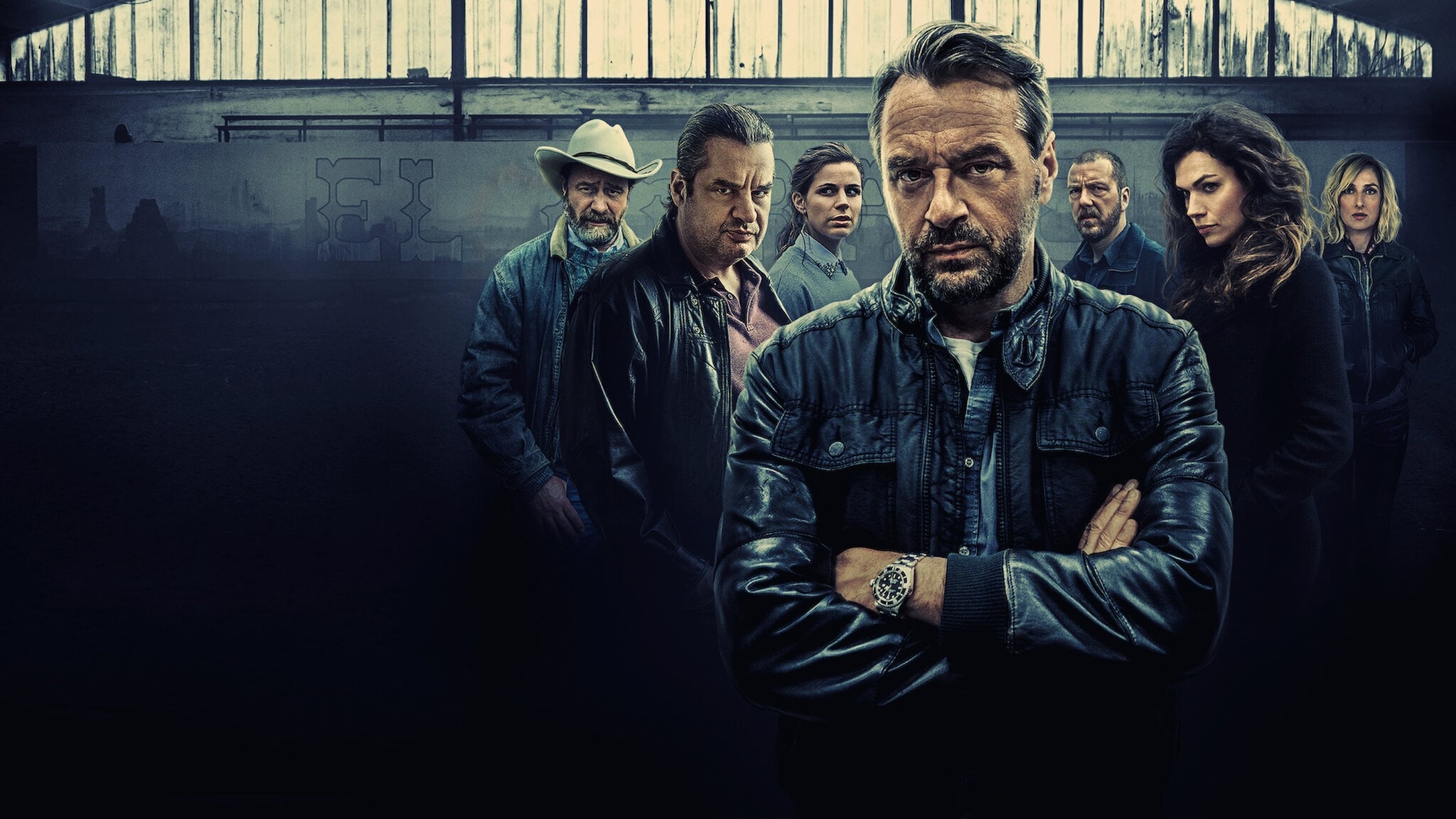 After the success of the first season, it didn't take long before a second season was released. When Netflix decided to pick up the series, it became rather clear that we wouldn't have to wait years before another season was in the picture. Even better, the second season had already entered production before the first season finished its original run. The only problem was that due to the nature of the story one of the most popular characters couldn't fit in the new story that revolved around undercover agent Bob hunting a gang of arms dealers.

Ten shows, nominated by you, our readers, and the writers of MySeries. Some because of the disappointing series' ending, some because they could not live up to the high expectations. Vote and help them to win the - doubtful - honour of most disappointing series of 2020. Is your favourite show missing? Make sure to use a wild card. Good luck voting!
Share this article:
Twitter
Whatsapp
Facebook
E-mail

Lights off, spotlight on! Time to see in which series this actress portrayed a character.
3

Strange month, February. We were able to walk on ice, create snowmen and we could do various winter sports. But, we could also enjoy the spring sun and head out to forests or the beach.
2

Is there anything good to say about January? Yes, there is. We had some snow, you get to vote on the Series of the Year Elections and people are finally getting vaccinated. But apart from that, January wasn't all that great.

Mindhunter and the change of a system

The central theme of the first season of Mindhunter is change. In the season, change is exemplified by highlighting the clashing between the old and the new guard.